Palette Editor 1.6; in and out

A new release of Cyotek Palette Editor is now available. The focus of this release is to expand on how you get data in and out of the Palette Editor.

A new CSS Import plugin is also available, which will scan a CSS file and look for HEX and RGB colors to import. And if you can import CSS, then you may wish to export CSS too, so we've provided that ability too. 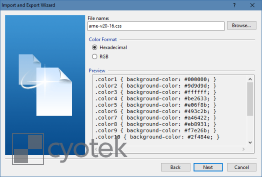 Tip: The first iteration of CSS Import doesn't actually parse CSS directly, instead it looks for color values. So you could actually use it to extract colors from any plain text document which contains hexadecimal colors!

Although printing feels a little old fashioned, well Cyotek feels that way too sometimes! The palette editor now offers a handy print function that lets you print out the contents of a color palette. 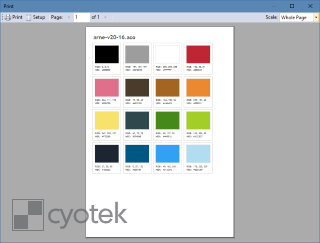 Spriter and Slicr both offer templating support. Spriters template support is a token replacement system, while Slicr uses Razor templates. Both have their advantages and their weaknesses.

The Palette Editor now supports templates too, using Shopify's Liquid language. This allows a template to be more advanced than just token replacement, without having to know an entire programming language or introducing security risks. And it is fast to use, without the burden of having to compile Razor templates.

Using templates you can export a palette to your own custom or standard format with ease. Does the CSS Export plugin not produce CSS to your exact requirements? No problem, create a custom template. Instead of having a static image, perhaps you'd like to generate a HTML swatch page - you can do that too. There are lots of possibilities. 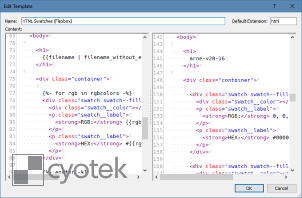 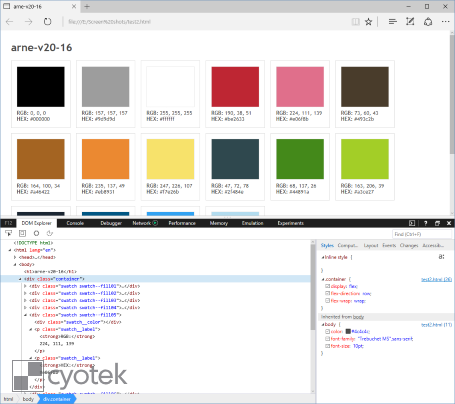 There's also a command line client for running templates, so you can automatically generate content for a given palette as part of a batch or script process.

The Create Preview Image feature (now renamed to Create Swatch Image) has also had a minor upgrade. It now supports an improved version of the preset system originally introduced in Gif Animator making it easy to create custom styles that you can switch between. 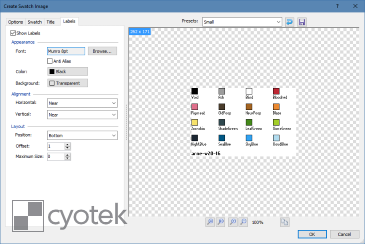 You can grab beta builds of version 1.6 from the downloads page.

How would you like to see the palette editor improve? Recent suggestions included the ability to generate a series of colors with hue shifting - now on the road-map. We'd love to hear your suggestions too!