An introduction to dithering images

When you reduce the number of colours in an image, it's often hard to get a 1:1 match, and so typically you can expect to see banding in an image - areas of unbroken solid colours where once multiple similar colours were present. Such banding can often ruin the look of the image, however by using dithering algorithms you can reduce such banding and greatly improve the appearance of the reduced image. 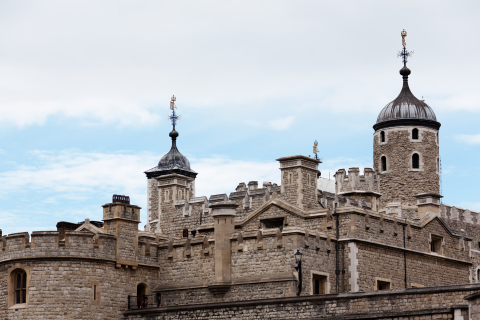 Here we see a nice view of the Tower of London (Image Credit: Vera Kratochvil). Lets say we wanted to reduce the number of colours in this image to 256 using the web safe colour palette.

If we simply reduce the colour depth by matching the nearest colour in the old palette to one in the new, then we'll get something similar to the image below. As is quite evident, the skyline has been badly effected by banding. 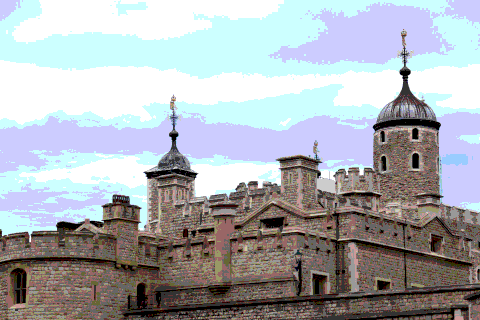 However, by applying a technique known as dithering, we can still reduce the colour depth using exactly the same palette, and get something comparable to the original and more aesthetically pleasing. 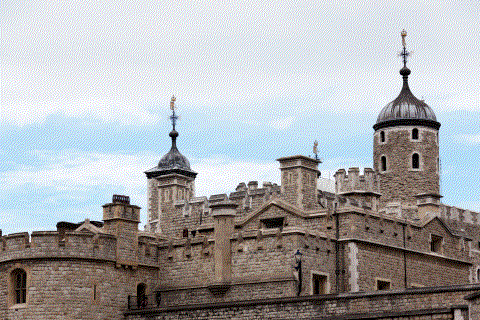 There are several different types of dithering, mostly falling into Ordered or Unordered categories.

Ordered dithering uses a patterned matrix in order to dither the image. An example of this is the very distinctive (and nostalgic!) Bayer algorithm.

Unordered, or error diffusion, dithering calculates an error value for each pixel and then propagates this to the neighbouring pixels, often with very good results. The most well known of these is Floyd–Steinberg, although there are several more such as Burkes, and Sierra.

You could potentially use dithering for applications other than images. An image is simply a block of pixel data, i.e. colours. Colours are just numbers, and so is a great deal of other data. So in theory you can dither a lot more than "just" images.

For at least the first part of this series, I will be concentrating on error diffusion. For this algorithm, you scan the image from left to right, top to bottom and visit each pixel. Then, for each pixel, you calculate a value known as the "error".

After calculating the error it is then applied to one or more neighbouring values that haven't yet been processed. Generally, this would mean adjusting at least 3 neighbouring cells, but depending on the algorithm this could be quite a few more. I'll go into this in more detail when I describe individual dithering algorithms in subsequent posts.

So how do you determine the error? Well, hopefully is clear that you don't dither an image as a single process. There has to be another piece in the puzzle, a process to transform a value. The error therefore is the difference between the original and new values. When it comes to images, typically this is going to a form of colour reduction, for example 32bit (16 million colours) to 8bit (256 colours).

The diagram below tries to show what I mean - the grey boxes are pixels that have been processed. The blue box is the pixel that is currently being transformed, with the green therefore being unprocessed pixels and candidates for the error diffusion. The arrows simply highlight that the candidates are always forward of the current pixel, and not behind it.

It's worth repeating that the error is not applied to any previously transformed value. If you do modify an already processed value, then you would need to have some way of reprocessing it (as the combined value+error may not be valid for your reduction method), which could get messy fast.

Hopefully this article serves as at least a basic and high level overview of dithering - additional posts will deal with the actual implementation of dithering.